We are a multidisciplinary group defined by its high ethical responsibility and commitment, enhancing decision-making of public authorities by building transparent and reliable communication mechanisms between social organizations and representatives of public powers. 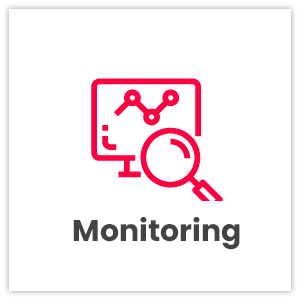 •  Stakeholder profiles of the Executive and Legislative Branches 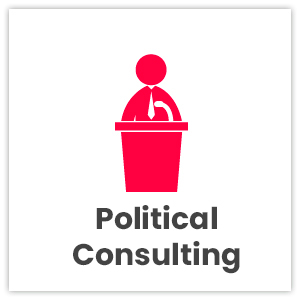 In order to contribute to strategic orientation and correct decision-making in politics, our firm provides the following:

•  Identifying areas of opportunity, as well as regulatory and legislative risks

•  Strategies including political assessments with intelligence related to the public sector

•  Mapping, hierarchy, as well as engagement and relationship management with relevant stakeholders

•  Knowing perception of decision-makers on topics relevant to the client 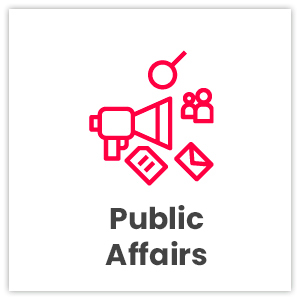 In order to establish institutional links with strategic stakeholders in the public and private spheres, with a proactive vision, our firm provides the following:

•  To position and make our client known to multiple Public Authorities

•  To introduce the company into the public debate

•  To promote the client’s benefits and social programs

•  To design and execute a joint strategy

•  To become a speaker with key stakeholders

•  To promote and enable the company to participate in relevant topics 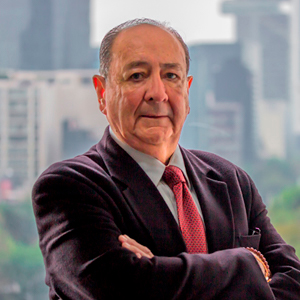 Founding Partner of Grupo Estrategia Política. Law degree with 40 years of public, legal and academic experience. He is currently Vice President of Government and Legislative Affairs of Asociación Mexicana de Empresas de Servicios Petroleros, A.C. (AMESPAC); member of the Legal Commission of the Confederation of Industrial Chambers of Mexico (CONCAMIN), of the International Association of Gaming Attorneys (IAGA), member of the Public Affairs Council in Washington, as well as of the Mexican Academy of International Law (AMDI). Former President of the National Association of Lobbying Professionals (PROCAB). He was Federal Senator in the LIV Legislature, Minister of Education of Baja California, founder of the School of Humanities of the Autonomous University of Baja California, and Director of the Mexican Association of Industrial Parks (AMPIP).

Law Degree. He has 40 years of experience in International Banking. Current President of the Club de Industriales, President of the Mexico-Russia Committee of the Mexican Business Council for Foreign Trade, Investment and Technology, as well as Managing Director of Asociación Amigos de Octavio Paz. He was Senior Vice President and Representative for Mexico of the Bank of America for 16 years. Former member of the Board of Directors of the Bank of Tokyo, Continental Airlines and Caterpillar Finance Corporation. Founder of the UNICEF Mexico Consultative Council, of the Mexican Health Foundation, Fundación UNAM and Mexico United Against Crime. He is currently a member of the Board of Directors of HSBC, Zurich, Alexander Forbes, Colgate-Palmolive de México, Corporación GEO, and Board of Trustees of the Museum of Anthropology. 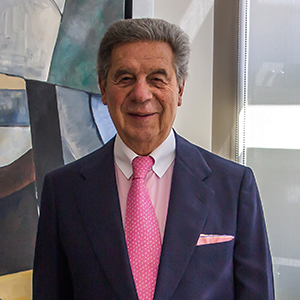 Law Degree by UNAM – Post graduate at Harvard. He was President of CONCAMIN, President of the National Cement Chamber, President of the Mexico-US Chamber of Commerce, President of the Board of Directors of the Mexican Health Foundation (FUNSALUD); Director of Cementos Mexicanos (CEMEX); sole business representative in Mexico’s negotiations for incorporation into GATT; business representative of APEC, Business Advisory Council. He was also a Member of IMSS Technical Board, and a Counselor of the Institute of the Americas in San Diego, California, as well as a member of the Mexican Academy of International Law. He is an Independent Director of Afore Siglo XXI, Board Member of the National Institute of Genomic Medicine, Vice President of Fundación IMSS, Oceánica Clinic.

Degree in Political Science and Public Administration, Master’s Degree and PhD in Political Science by UNAM, with a Master’s degree in Constitutional Law and a PhD in Law by UNAM. Congresswoman of the Constitutional Assembly of Mexico City. She was substitute Senator in the LVII legislature, Federal Congresswoman in the LVI and LVIII legislatures. Currently Secretary and member of the Fundación UNAM Board; columnist, editorialist and interviewer of several national newspapers. Researcher of the Manuel Gómez Morín Archive. Author of several works, including: “Manuel Gómez Morín, la lucha por la libertad de cátedra” edited by the Coordination of the Humanities of UNAM; “El Partido Acción Nacional y la Reforma del Estado”, edited by the LVIII Legislature House of Representatives and “Manuel Gómez Morín 1915-1939”, edited by the Fondo de Cultura Económica. 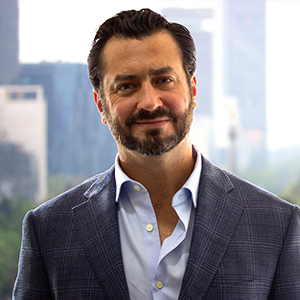 CEO of Grupo Estrategia Política. Law degree with major in corporations by the Universidad Panamericana (Mexico). Public Strategy and Communication Committee Chairman of the Mexican Employers’ Confederation (COPARMEX); Legality and Rule of Law Committee Chairman of the American Chamber Mexico, and Vice President of the National Association of Lobbying Professionals (PROCAB). In 2002, he joined Grupo Estrategia Política (GEP), the first firm specialized in political consultancy and lobbying in Mexico, with 20 years of experience. He is currently the CEO of GEP, coordinating the political consulting and lobbying departments for national and international companies and organizations. His experience is mostly as consultant of the private sector on public policies, in industries such as food and beverages, insurance, finance, pharmaceutical, aviation, rail, among other sectors. In addition, he is an opinion contributor in television media.

Degree in Political Science and Public Administration by UNAM. She is a member of the Advisory Board, and is responsible for various accounts, such as: the National Council of the Maquiladora and Export Manufacturing Industry (INDEX); DELPHI; NOKIA Mexico. She was Legislative Advisor to the Executive Office of the House of Representatives Commission in the LVI Legislature. She has more than ten years of experience in (GEP), a firm where she implemented new information techniques in the monitoring department, which she has coordinated since its inception.

The best way to know us is trough our clients

As we understand how essential it is to take actions against challenges within the current situation, our commitment is to work with responsible companies in highly important matters, allowing us to fully realize our values and social responsibility.

Acknowledging the importance of joining forces to reach intended goals, we have created strategic alliances with reliable professionals committed to their main tasks. In addition, GEP has worked hand in hand with firms in the US to create synergies, and increase scope of our lobbying efforts, impacting our clients in both countries.

GEP has made strategic allies in certain states for an effective relationship with local public authorities. Similarly, we have relevant contacts in multiple Local Governments and Congresses. 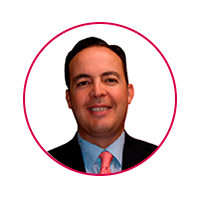 • Law degree by the Autonomous University of Baja California

• Current president of the CDEM (Industrial Development Commission of Mexicali)

He is currently President of BADB Consulting S.C. tasked with the following:

• Advice and Legal Preventions to Companies

• Political and Business Consultant of transnational corporations, such as Cemex and Sempra Energy

Founding Partner and Managing Director of AM Consultores S.C, a firm exclusively specialized in Lobbying services, through:

As Public Servant, he has held various positions in the Government of San Luis Potosí, as Director of Development for micro, small and medium enterprises, International Affairs and Special Projects, as well as Legal and Regulatory Improvement Director, among others. 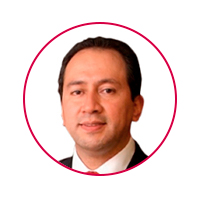 • Economist and expert consultant in strategy and competitiveness for private and public organizations on macroeconomic, regional, sector and institutional matters, focusing on competitive intelligence. He has extensive experience of more than 30 years in these fields.

• He is a specialist in health research, agri-food production, and products for human consumption.

• He is involved in the Big Data and data science fields to offer analytical tools that provide sufficient evidence for decision-making in public and private spheres. 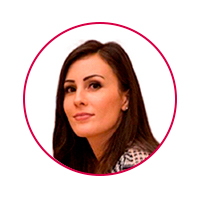 With 8 years of professional experience in media, private initiative, as well as state and municipal governments. Manager of Civil Associations and NGOs. Active member of Global Shapers, World Economic Forum Community, allowing to generate strategic and profitable relations between companies and the public sector, as well as with social and international organizations.

• Managing Director of the Trascender Magazine, specialized in the economy of Michoacán (2017-2018)

• Bachelor in Economics at the Autonomous University of Chiapas.

Within the Chiapas’s Government, he has worked as: 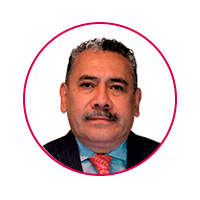 He was born 62 years ago in Mexico City.
He is a founding member of the Party of the Democratic Revolution (PRD). National Advisor, and member of the National Executive Committee from 1996 to 2002.
Federal Congressman of the LIX Legislature, where he was Vice Coordinator of the PRD Parliamentary Group, and member of the Political Coordination Board of the House of Representatives.
In Senate, he served as Technical Secretary of the PRD Parliamentary Group in the LX and LXI Legislatures.
He was Technical Secretary of the General Committee of the House of Representatives LXI Legislature, during office of Speaker Guadalupe Acosta Naranjo (PRD) and Congressman Oscar Arce Paniagua (PAN).

He was Technical Secretary of the General Committee of the House of Representatives in the Third Year of LXII Legislature, during office of Speaker Silvano Aureoles Conejo (PRD), Congressman Tomás Torres Mercado (PVEM) and office of Speaker Julio César Rivera Moreno (PRD).
He was appointed Liaison Secretary of the Political Coordination Board with the PRD Parliamentary Group in the House of Representatives during the LXIII Legislature. 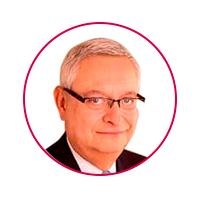 • Law Degree by the Universidad Iberoamericana

• Master’s Degree in Tax Law, Autonomous University of Ciudad Juárez, with doctorate studies in law at the Institute of Legal Research of UNAM.

• Professor of various legal subjects, at the Universidad Iberoamericana, Autonomous University of Ciudad Juárez, and at the Master of Business Law in UACJ

• In the public service, he headed the legal department of PAN, from 2002 to 2004. In 2011, he was Head of the Legislative Liaison Unit of the Ministry of the Interior. From 2012 to 2015, he was Federal Congressman for District 3 of Chihuahua